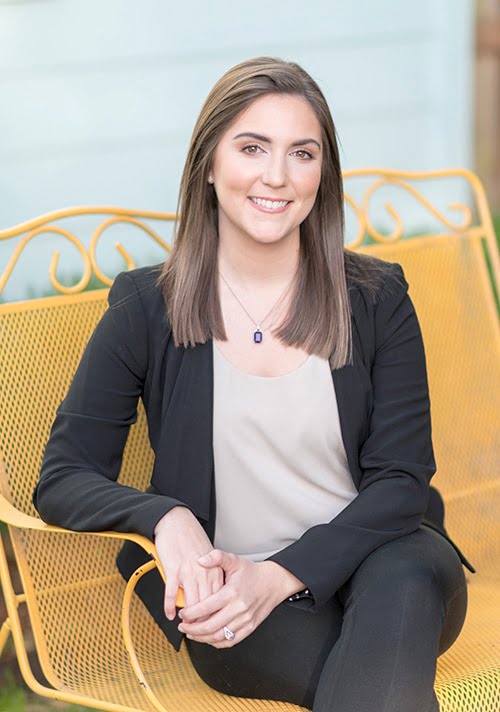 Allison “Allie” Morrow Weaver, was born and raised in Opelousas, Louisiana. After high school, Allie attended Louisiana State University and graduated with a major in business management. During her time at LSU, she was an active member of Delta Delta Delta Sorority and received the Order of Omega Outstanding Philanthropist award.

Allie’s passion for helping others began while she was at LSU. She enjoyed volunteering for her sorority-organized, St. Jude’s events. She and her husband also traveled to Tanzania for several summers, volunteering with Glorious Orphanage.

Allie comes from a long line of attorneys and chose to follow in her family’s footsteps. She earned her Juris Doctorate from Southern University Law Center. While attending SULC, she was a teaching assistant for Torts I and Torts II, and received the CALI Excellence Award in Legal Writing I, Legal Writing II, and Advanced Torts. She was inducted into the Law Review where she was eventually appointed as the Managing Editor and subsequently published (Allison Morrow, Will Your Religion Allow You…To Live? The Mature Minor Doctrine, Religious Exemptions, and a Look Into Louisiana Law, 41.2 S.U.L.Rev 259 (2014)). She graduated magna cum laude and passed the July 2015 Bar Exam.

Allie began her legal career clerking for the Honorable Judge James P. Doherty, 27th Judicial District Court. She began working at The Law Offices of Blaine Barrilleaux in 2016 where her practice focuses on workers’ compensation and personal injury claims. She is licensed in all Louisiana State Courts, the Eastern and Western District Courts, and the Chitimacha Tribal Court. She is an active member of the Louisiana State Bar Association, Lafayette Bar Association, The Louisiana Association for Justice, and the John M. Duhe-American Inns of Court.

In her leisure time, Allie enjoys spending time outdoors with her husband and daughter.